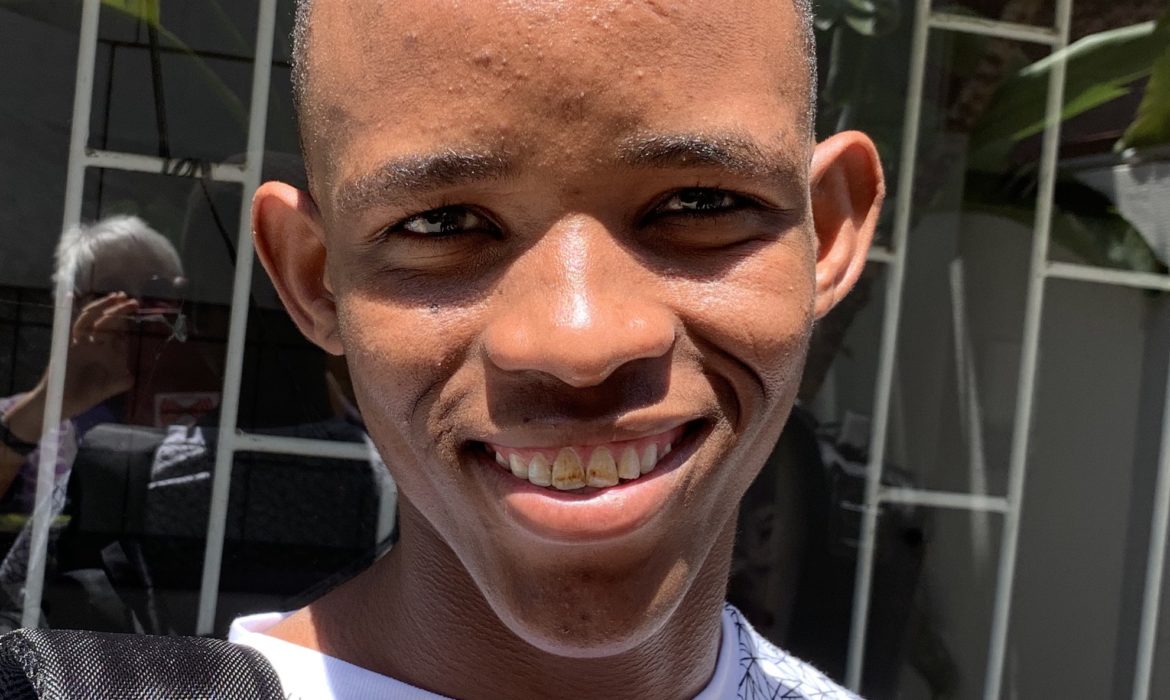 Report May 2020
Good Afternoon to you
It has been heavy on all of us during the past three months in many ways. Being cramped in houses small enough to be called rabbit holes have gotten people in the rural areas stressed, other than that, all is well. As always, education is moving forward and so are the learners and students.
As elaborated in the directive, schools will be starting in phases from the 3rd of June 2020. The University of Namibia opens it’s doors to the students who have been disadvantaged/affected by the Corona Virus on the same date. I believe all first-year students are negatively affected by this pandemic because:
a) We did not have enough time to adapt to the education system and environment of the University.
b) The University was only open for five weeks which is not enough time for assessments to be done.
c) Online learning/ e-learning does not help every student in the right way as a normal teacher would.
d) Staying at home is distracting. There is always something to do when one wants to study. Also, there are children at home and the noise they make when playing disrupts schoolwork.
I tried going to learn at the Ark but police threatened to fine us because there were more people than permitted by the regulations. During Stage 2 of the lockdown, movement of any kind was prohibited and we had to stay at home doing nothing. I considered doing nothing a waste of time, money, and space so I complied with e-learning. I did all the uploaded assignments, most of the tests. It was a good thing that I took part in those assessments and they scored me some good marks.
The results for the semester will be released soon for those who felt they were not affected by Corona. I, however, decided that I am going back to UNAM to redo what I did. I am not happy with how I did and I am certain that I will do much better if I am taught face-to-face by a lecturer. Law school has its own language and I need someone to explain most of the things because practically, I started recently and I am still in the baby steps.
My apologies if I disappointed you in any manner but I would like it if you consider our part in this inconvenience caused by the coronavirus. For going back to UNAM to attend classes, I will need you to transfer transport money to Windhoek and the allowance for next month.

I wish we see each other very soon.

With regards to all that has happened so far in the whole wide world, it is very sad to see this many people die from a disease which has only been discovered in the last two months… Seeing how Italy, for instance, has been brought to it’s knees and it’s politicians cry literally in publicly makes it evident that all hope is lost.
As far as education is concerned, the University has been closed down and even the hostel has been vacated. Schools have went into an earlier than expected holiday and  even the school calendar has been changed. The University tries its utmost best to do most of the work online to avoid lagging and wasting time. We’ve already submitted two assignments online. Tests are scheduled for next week and will also be done online. Lectures will resume online from the 30th March.
In the whole of Namibia, only seven cases of the Corona Virus have been reported so far. A state of emergency has been declared on the country; main towns and the city have been locked down from the rest of the country and civilians are encouraged to stay indoors. The government and its media are doing everything conceivable to spread awareness and ways to stay healthy. At this point in time, it will only be fair to say that every corner of Namibia knows at least half if not all about the virus. There is panic all over and even the parliament of Namibia has been suspended for 21 days.
Hoachanas has went into shock and everyone is afraid of having anyone coming in from outside. The pandemic will leave a scar on the world’s politics and economy although China has seemed to recover so fast.
Hoachanas will suffer if not for some form of assistance and aid from outside if not the HCF. This is inevitable due to the fact that we don’t produce our own food. We are also recovering from the drought that has plundered the village for the last 3 years.
But just when all had seemed to be lost, there is always a positive side to every situation and I am on the quest to find it.
God save us from Corona!!! AMEN

I wish a good day to you, the executive/management and the Hoachanas Children’s Fund as a whole. I have prayed since last year for successful admission but of course, university life has had its ups and downs as usual and because it is normal, there is nothing to complain about that.

Firsts are not easy at all and this was verified by my first day at the University of Namibia(UNAM). At first, my impression of the university was that the independence and maturity that goes with university life creates an environment that promises academic improvement and personal productivity. My mistake was that I did not anticipate the stress that accompanies freedom. The first three weeks did not go smoothly because of accommodation-related issues but now, although there are network and WLAN issues around here, we settled. The good factors I can sum-up about this place is that it has got the security and quietness a student needs to perform and taxis are cheaper from here. There are no desks here but I believe these are humble beginnings to something greater. That’s how I started at home anyways.

The work has piled up very soon while I am still adapting to the environment. Campus facilities, on the other hand, are much better. WLAN is provided, the library has all the reading material we need. I spend all the time I have free from lectures to go and explore the library. Even when there are no classes on Fridays, I go to campus just to catch-up on the work we did and read ahead on the work we are going to do. The Library also has rooms set aside for studying when you are on campus. I was surprised when I visited the rooms because I have never seen that many people so silently in a room before. Everyone sits with his/her books reading and working. No one disturbs another and I refer to it as the perfect study environment.

Yours in excellence
Zinedine Maritshane S

Report April 2021
I hope this letter finds you in a good mood and fine health. I myself had a COVID-19 scandal in my family and for now, I can say that those who were infected are now healthy.
My aunt’s Corona infection was the worst in that she found it very difficult to breathe, but I can say that she is back to her normal health and in her own words, she’s „as healthy as a horse.“ Studies are going smoother now than when we started. The University of Namibia used to have an issue with Big Blue Button and it was hard for the lecturers to do classes. In the mean time, we used to have the classes on Zoom Meetings and Microsoft Teams. It was on Wednesday that we were notified that the University has sorted out its issues with Blue Button and we should change the platform. In short, it’s complicated.
Assessments are as tough as they come. It’s really hard to keep a good management of time when there are, for example, three assessments(two assignments and one test) to do in a week and classes take up the whole day. So, what happens is that I attend the classes during the day and do the assessments during the night. My sleep cycle is a total mess as it is a d stress levels are off the charts. But no matter, I will figure out how to deal with this time management problem very soon.
Winter’s here and it is very cold in Hoachanas. The HCF gave out blankets to the children for the winter. As cold as it gets during the night, I complement that it is a smart move. It is really true that most children did not have blankets to keep them warm during these cold months. I honor the HCF for seeing that picture and giving the helping hand. That is beautiful. I hope business runs smoother on your side and that you keep on doing God’s work.
The third wave of the Coronavirus  pandemic seems to hit very hard on the Hardap Region as the infections spread at a very fast rate. I hope and strongly pray that it subsides and we get through it again. I hope the oncoming month holds blessings for you all.
Yours sincerely,
Maritshane Zinedine S.
< Vorheriger Artikel
Nächster Artikel > 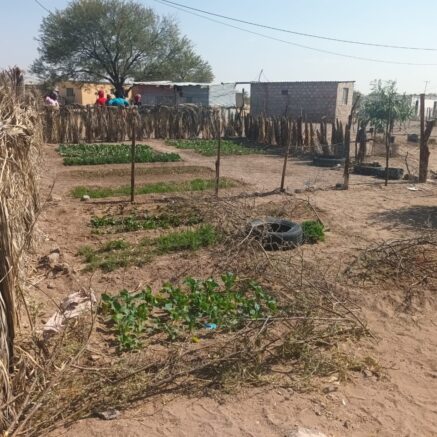 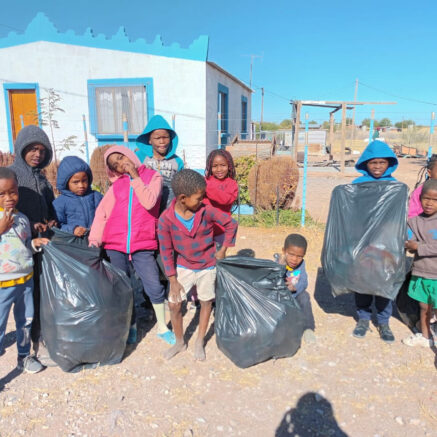 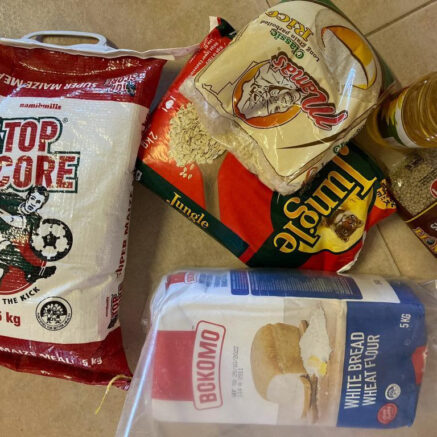